He was one of the original writers of NASA Tech Briefs and contributed to the Federal Government's Technology Utilization Program for disseminating NASA technology to private industry in the 1970's.

Although he was born in New York City, he has called Washington State his home since 1978 where he lives with his wife, Chuan.

Additional biographical information is in the link section to Abduction and Technical Information Websites.

Lawrence Menkin, Michael's father, created "Captain Video," the first television science fiction show in 1949. He received the Variety Showmanagement award in 1952 and the Canada Lee Foundation Award for Integration in the Performing Arts in 1954. 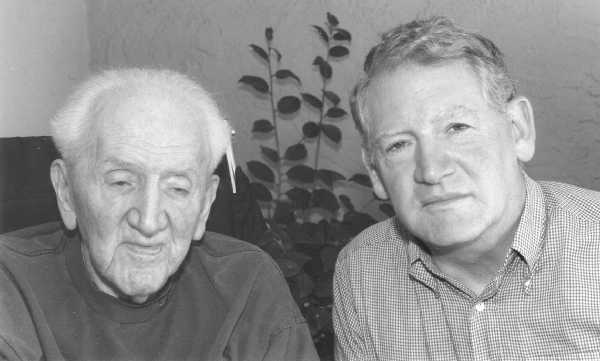 Lawrence Menkin, left, a few years before he died in 2000, and Michael Menkin, right.

Burnett Menkin, Michael's grandfather, was an inventor with patents in machine tools and burglar alarms. He was a member of the American Society of Tool Engineers and a frequent contributor to the Practical Ideas section of "American Machinist Magazine" in the 1940's. 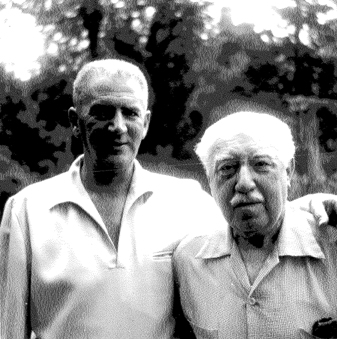